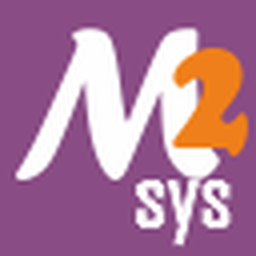 MSYS can best be described as a Bash shell and some GNU tools, which facilitate compiling sources under and for a Windows environment. It's the environment to use when compiling for instance OpenSSL or Emacs on Windows.

MSYS2 is the 'new and improved' version of MSYS.

One of its biggest advantages is better package management. MSYS2 has pacman, a package manager from Arch Linux. Upgrading can finally be done from within the shell session itself, with only a few basic commands.

This was 'somewhat more difficult' under MSYS.

Another advantage is the Bash version - currently at 4.3.30 versus 3.1.17 on MSYS. Bash 4 means support for functions like associative arrays and fancier redirections:

The third big plus is that it's easier to switch between a 32 bit and 64 bit environment.

With MSYS you had to change the mapping in /etc/fstab of /mingw . That meant that files that you installed in /mingw in one environment weren't available in the other.

MSYS2 keeps the same environments accessible at the same time - /mingw32 for 32 bit, and /mingw64 for 64 bit. You can install packages for one environment while you're in the other.

All OpenSSL binaries that are distributed through this site will be built using MSYS2 from now on.

MSYS2 can be found at https://sourceforge.net/projects/msys2/

More on pacman at https://wiki.archlinux.org/index.php/pacman